A time for Father Terry 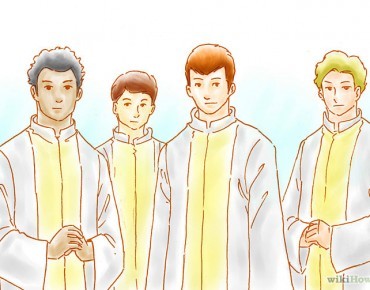 Image from Post Regarding A time for Father Terry

It’s as clear in my memory as if it happened yesterday. But, in fact, I first met Father Terry Gilfedder thirty years ago. It was the late summer of 1982 and Nisha and I were preparing for our marriage.

As a Catholic, she wanted a proper church wedding and while I agreed, I was irritated by the need to meet the local parish priest for a set of three ‘tuitions’. But there was no way out. The nearest church, St Mary Magdalene’s in Northumberland Avenue, would only marry Nisha to a non-Christian if this requirement was complied with.

So, one Saturday in September, around 6 in the evening, Nisha and I knocked on Father Terry’s door. He was sitting at his desk, his spectacles perched at the end of his nose. We settled into an old, well-worn leather sofa on the opposite side of the small room. Outside it was unusually warm, inside the atmosphere felt frosty. I was itching for a fight.

“Sherry?” The offer took me by surprise. “I don’t know about you two, but I’m rather partial to the stuff.”

It was Tio Pepe, my favourite, but in those days a rarity in London. Father Terry was a man of discerning taste. I found myself discussing the US Open Tennis, the Notting Hill Carnival, Rushdie’s Midnight’s Children — in fact, anything but our forthcoming marriage or what religion our unborn children would follow.

Father Terry would top up our glasses and steer the conversation. He enjoyed an argument and held his own comfortably. The hour passed swiftly and enjoyably. Having agreed to meet the next week, we got up to leave. We were at the door when Father Terry stopped us.

“There’s a question I’d like you to think about.” A hint of a smile played on his large round face. His eyes were looking straight at us. “Why aren’t the two of you living together?”

I’m not sure if the blood drained from our faces but we were speechless and stunned. The truth is Nisha and I were living together but had deliberately given Father Terry different addresses to hide the fact. He had guessed and this was his way of saying it didn’t matter.

Father Terry became a close friend. At a rehearsal, two nights before our wedding, he suggested one of the readings should be from the Gita and asked me to choose. On the day when I revealed I had failed to pick a passage he slapped me on the back and laughed: “I knew that would happen so I’ve chosen something myself.” It was from Khalil Gibran’s Prophet.

Nisha had hoped for a full communion mass and Father Terry agreed overlooking the fact the groom was not a Christian. But it was his sermon that captured attention. He didn’t pontificate about hell and damnation or God and his goodness. He spoke, as he put it, of “three little words”: I love you.

“Karan and Nisha”, he said, “remember love joins ‘I’ and ‘you’ but it can also separate. The day you forget you’re two different individuals that bond can become a divide.”

It was a warm, simple, heart-felt message. More a fireside-chat than a formal sermon. But it’s stayed seared in my memory for a quarter century.

Six years later, as Nisha lay dying with moments to go before the life support was switched off, Father Terry was at her bedside. He gave her the last sacrament but also encouraged my Mummy to whisper Hindu prayers in her ear. Then he stood beside me as the machines slowly, painfully, flickered to a close and Nisha’s life ebbed away.

Terry Gilfedder is the only Christian priest I’ve known. He was an unusual man but a great person. I think of him each time I read of attacks on Christians in Orissa and Karnataka. I’m confident he would have found the words to heal bruised hearts. And, no doubt, his sherry would have helped!

I’m sure there are Father Terrys in all faiths. Men of God but also caring, understanding human beings. Today, when we most need them, why are they silent?