After the synod, can Catholics put Humpty Dumpty together again? 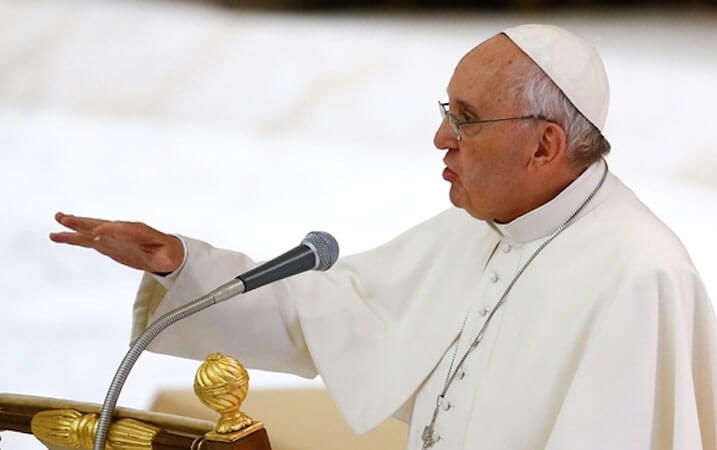 Image from post regarding After the synod, can Catholics put Humpty Dumpty together again?

Pope Francis on Sunday celebrates a Mass to wind up an unprecedented, and wildly tumultuous, series of two summits of Catholic bishops. They were convened to debate matters related to the family, including the front lines in today’s wars of culture, such as homosexuality, divorce, and the meaning of marriage.

Saturday night, the Vatican released the summit’s final report. In broad strokes, it seemed to reflect a narrow liberal win on the issue of allowing divorced and civilly remarried Catholics to receive Communion, and a conservative victory at resisting calls for a more approving treatment of gay and lesbian relationships.

While all sections of the final document received a two-thirds majority, the sections on divorce and homosexuality also drew significant clusters of “no” votes, providing a clear x-ray of a divided body.

This was the second gathering on the family convened by Francis, after a first edition last October. Called a “Synod of Bishops,” both sessions had elements of a soap opera, including accusations from conservatives that the process was rigged, public catfights among cardinals, and, at the end, seemingly intentional ambiguity on the most contested points.

Granted, many bishops claim — and with some merit — that impressions of a free-for-all are overheated. The internal climate, they say, was calm and composed, and the fact that they may disagree doesn’t mean they can’t get along.

Even so, in the wider Catholic world the two synods and their debates became a lightning rod, stirring anger and stoking suspicion.

Now that the marathon is over, there are many questions one might ask, but perhaps the core one is whether this was a healthy or destructive experience for Catholicism; whether it leaves the Church stronger or weaker, more energized or simply more fractured.

In broad strokes, there seem to be two principal ways of responding.

Madness as Method: This view holds that the two synods were launched without a clear objective, were poorly organized, and the overall result has been to leave Catholicism disoriented and consumed by internal battles. As one senior cardinal put it, “I used to think there was a method beneath the madness … now I worry that the madness is the method.”

No Pain, No Gain: Choosing a glass-half-full perspective, this view posits that growth is always painful, but that Catholicism will emerge stronger for having honestly surfaced its divisions rather than keeping them bottled up or, worse still, pretending they don’t exist. On the other side of acrimony and confusion, this view holds, lies a season of renewal.

It will take time to judge which of those views is correct. After all, the reforming Second Vatican Council (1962-65) ended 50 years ago, and its legacy still is debated.

As things move forward, which of the competing perspectives on the synod comes to be seen as most persuasive likely will depend on many factors, including what Francis chooses to do and how artfully he can calm the waters.

Neither the world’s bishops nor the Bishop of Rome, however, can settle the question alone. It will also depend on how 1.2 billion Catholics choose to react.

Specifically, the question is whether Catholics will allow the divisions that surfaced at the synods to become all-consuming, triggering a cycle of tribal combat, or if they’ll try to forge a deeper spirit of common cause, more lasting for being clear-eyed and realistic.

Imagine, for instance, if opponents of the so-called “Kasper proposal,” named for German Cardinal Walter Kasper, which would relax the Church’s ban on Communion for the divorced and civilly remarried, were to stand back from arguing its merits and ask, “What did we learn over the last two years about where this idea is coming from?”

In so doing, they would be struck that its most passionate advocates come from Germany, Austria, and Switzerland — the homeland of the Protestant Reformation, and thus a region where sensitivities about exclusion from Communion run deep.

They might then be able to acknowledge that, for better or worse, the Communion debate has become a litmus test in the German-speaking world for the Church’s credibility when it talks about compassion and mercy — and even if the eventual answer on Communion has to be no, they could work with the pro-Kasper camp to find some other tangible, effective way to get those qualities across.

Similarly, perhaps those pushing the Church to adopt a more welcoming and tolerant stance towards the LGBT community might ask themselves what stern opposition to that position was all about during these two synods.

They might realize, for instance, that for many African Catholics, such demands come off as another chapter in what Pope Francis has described as “ideological colonization,” meaning efforts by the West to force its values on the rest of the world. (The final document acknowledges the legitimacy of those concerns.)

Perhaps with that in mind, Catholic progressives would be more inclined to stand with their African fellow believers in insisting that whatever evolution in attitudes may take place, it has to be the result of free choice rooted in traditional cultural values and not the product of coercion.

These are but two examples of a long list of areas where the protagonists of the upheaval that unfolded over the past three weeks might profitably take a breath and ask what a course that brings the Church back together could look like.

Whether that actually happens is anyone’s guess, but it’s one case in which even the pope’s legendary “Power of the Keys” can’t dictate the result. It probably will take the whole People of God, meaning ordinary Catholics everywhere, to put this Humpty Dumpty back together again.