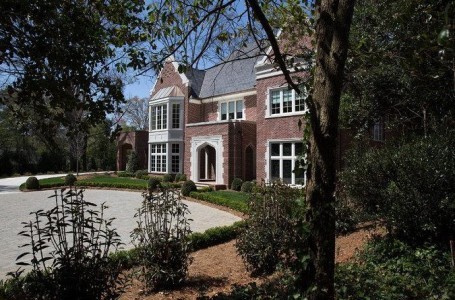 The archbishop of Atlanta had a plan to resolve the space crunch at his cathedral: He would move out of his residence so priests could move in, and then he would build himself a new house with donated money and land.

It was not just any house. It was a $2.2 million, 6,000-square-foot mansion, with plenty of room to host and entertain, on land bequeathed by Joseph Mitchell, a wealthy nephew of the author of “Gone With the Wind,” Margaret Mitchell.

But as Pope Francis seeks “a church which is poor and for the poor,” expectations for Catholic leaders are changing rapidly. So on Monday night, Archbishop Wilton D. Gregory apologized, saying that laypeople had told him they were unhappy with his new house, and promising to seek guidance from priests and laypeople and to follow their advice about whether to sell it.

“What we didn’t stop to consider, and that oversight rests with me and me alone, was that the world and the church have changed,” he wrote in the archdiocesan newspaper, The Georgia Bulletin. He added, “The example of the Holy Father, and the way people of every sector of our society have responded to his message of gentle joy and compassion without pretense, has set the bar for every Catholic and even for many who don’t share our communion.”

The unhappy reaction of local Catholics to the archbishop’s new house in Atlanta is the latest in a series of lay uprisings since the new pope altered the landscape by choosing to live in a modest Vatican residence rather than the opulent apostolic palace, to travel in a Ford Focus and to denounce overspending by church leaders. “It breaks my heart when I see a priest or a nun with the latest model of car,” he said last summer. “Cars are necessary, but take a more humble one. Think of how many children die of hunger.”

Catholics seem to be taking the pope’s words to heart. In Newark, laypeople have expressed unhappiness about a planned $500,000 expansion, with three fireplaces and an indoor pool, of a weekend home used by Archbishop John J. Myers. In the Camden, N.J., diocese, questions have been raised about Bishop Dennis J. Sullivan’s purchase of a 7,000-square-foot, $500,000 house. In West Virginia, local Catholics cited Francis’ humble lifestyle in questioning what they viewed as excessive spending by the Wheeling-Charleston diocese. And, most significantly, last week the pope accepted the resignation of a German bishop who had spent $43 million renovating his house and other church buildings.

“Francis has very definitely sent out a signal, and the signal is that bishops should live like the people they pastor, and they shouldn’t be in palaces,” said Paul Vallely, a British biographer of the new pope. “Where people are historically in that kind of accommodation, it’s one thing, but where people are building it, it looks extravagant.”

A number of American bishops have sent similar signals over the last decade, even before Francis became pope last year. In Boston, Cardinal Sean P. O’Malley, who is now the pope’s closest American adviser, began his tenure by selling the Italianate palazzo that had housed his predecessors and moving into a shabby cathedral rectory. In Philadelphia, Archbishop Charles J. Chaput sold the mansion occupied by his predecessors and moved into an apartment on the grounds of a seminary. In Pittsburgh, Bishop David A. Zubik lasted two weeks in that diocese’s mansion before putting it up for sale and moving into a seminary apartment.

“Church leaders in the U.S. have about a 10-year jump on some of these matters,” as they have sought to restore trust in the wake of the sexual abuse crisis, said Kerry A. Robinson, executive director of the National Leadership Roundtable on Church Management, a network of Catholic executives who advise church leaders on managerial challenges.

Catholic dioceses are not the only organizations being scrutinized for spending on leadership benefits: Many nonprofits, including universities, Protestant churches and other charitable organizations, have faced criticism after providing fancy houses, high salaries or lavish perks to executives. But the arrival of Pope Francis appears to have emboldened lay Catholics to speak up more vociferously when they sense overspending.

Archbishop Gregory, a former president of the United States Conference of Catholic Bishops, acknowledged the central role that criticism from laypeople played in his apology this week, citing many “heartfelt, genuine and candidly rebuking letters, emails and telephone messages” that he described as “passionate indictments.”

“While my advisers and I were able to justify this project fiscally, logistically and practically, I personally failed to project the cost in terms of my own integrity and pastoral credibility with the people of God of north and central Georgia,” he wrote. “I failed to consider the impact on the families throughout the archdiocese who, though struggling to pay their mortgages, utilities, tuition and other bills, faithfully respond year after year to my pleas to assist with funding our ministries and services.”

Controversies over housing for bishops reflect a shift for the Catholic Church in America, which once built grand residences for prelates as a way of announcing and celebrating hard-won political and cultural influence. The archbishop of New York, Cardinal Timothy M. Dolan, lives in a large house on Madison Avenue once known as “the Powerhouse.” The archbishop of Chicago, Cardinal Francis E. George, has a mansion called the “House of 19 Chimneys”. In 2002, he proposed to sell it, but local Catholics pushed back, successfully arguing that it was treasured patrimony.

The grand residences are largely in the Northeast and Midwest, where American Catholicism was strongest a century ago; now Catholicism is strengthening in parts of the South and West, but even as dioceses in those regions grow and their bishops become more influential, housing decisions are viewed in a changed church culture.

“The Archdiocese of Atlanta is in the state that places like Boston and Philadelphia were 100 years ago,” said Rocco Palmo, the Philadelphia-based writer of the Catholic news blog Whispers in the Loggia. “But it’s a different church now.”