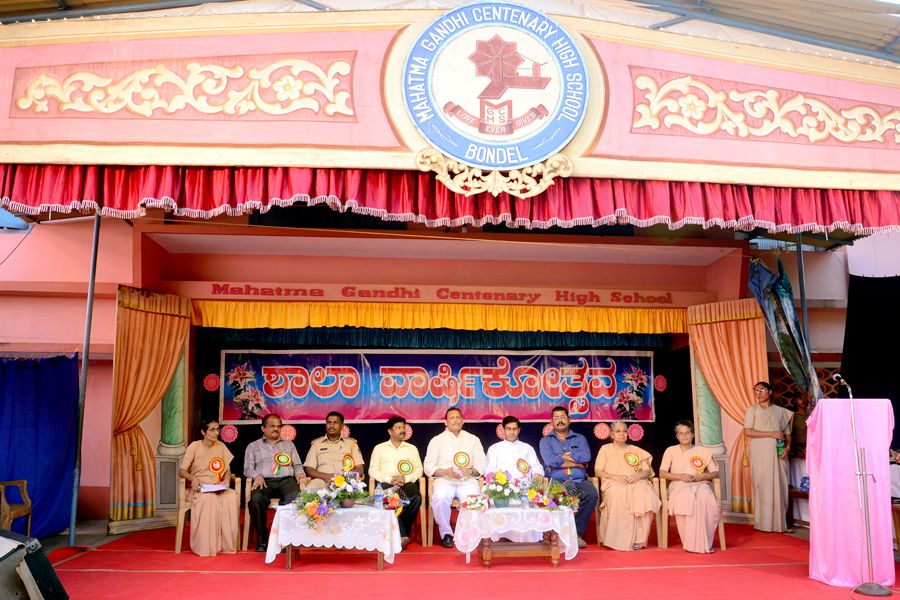 Image from Post Regarding MGC High School Marks Annual Day With Gusto By John B. Monteiro

With hundreds of parents and siblings of students participating, Mahathma Gandhi Centenary (MGC) High School, marked its annual day with great enthusiasm on November 18, 2014 at its educational complex in Bondel, Mangalore. The complex hosts over 1400 students, starting from KG to PUC.

Sr.  Matilda, Headmistress, in her annual report said the High School Section comprises, 8th, 9th and 10th standards, with each class having four divisions, two each in English and Kannada medium have a total of 563 students. In 2013 – 2014, without detaining any student in the 9th standard, 207 students appeared for the SSLC exams. Of these 187 students passed, representing 90% results – with 21 passing with distinction and 74 in the 1st class.

Sr. Matilda said that while Scouts & Guides movement was already well rooted in the High School, NCC was introduced during the current year, with 17 boy and 8 girl cadets in the initial batch. Noting that the school encourages variety of games and sports, Sr. Matilda said the school’s large captive playground was being developed further to host training and competition, with a permanent stage and sports gallery for entertainment performances.

Sr. Matilda noted that after the April/May election the school building hosted for a month the centralised ballot boxes of the district in the school premises with scores of police looking after day and night security. She said that the school has earned high praise for this service from the authorities concerned.

Earlier, the dignitaries arrived to strains of the school’s brass band. The programme started with a prayer song with boys and girls in white, followed by a welcome dance by colourfully dressed girls.

The dignitaries were introduced and welcomed by Dr Sharabendra Swamy, President, Parent-Teacher Association. Sr Nathalia, who was the founder Headmistress from 1971 for 21 years was honoured with a shawl by Fr. Andrew.

The formal programme was followed by an interesting entertainment  presentation by the students. 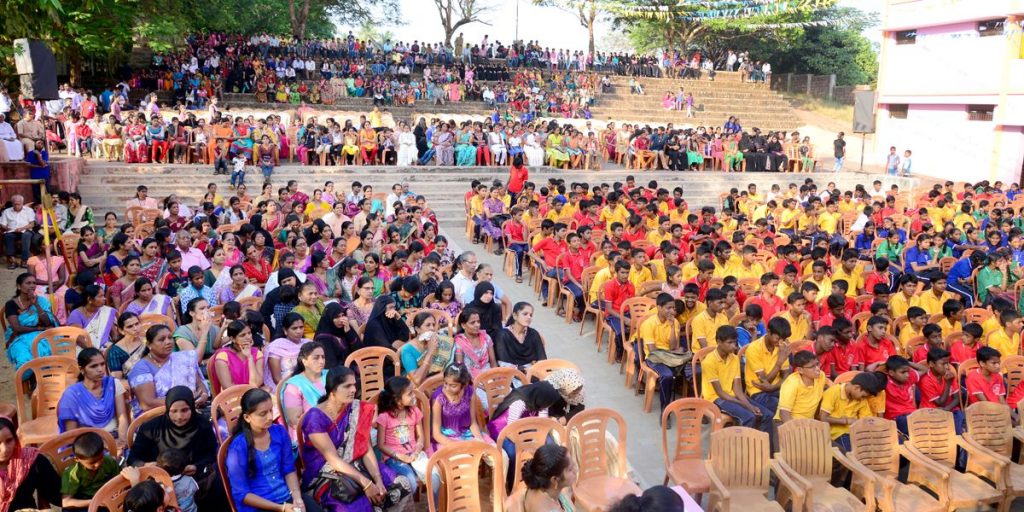 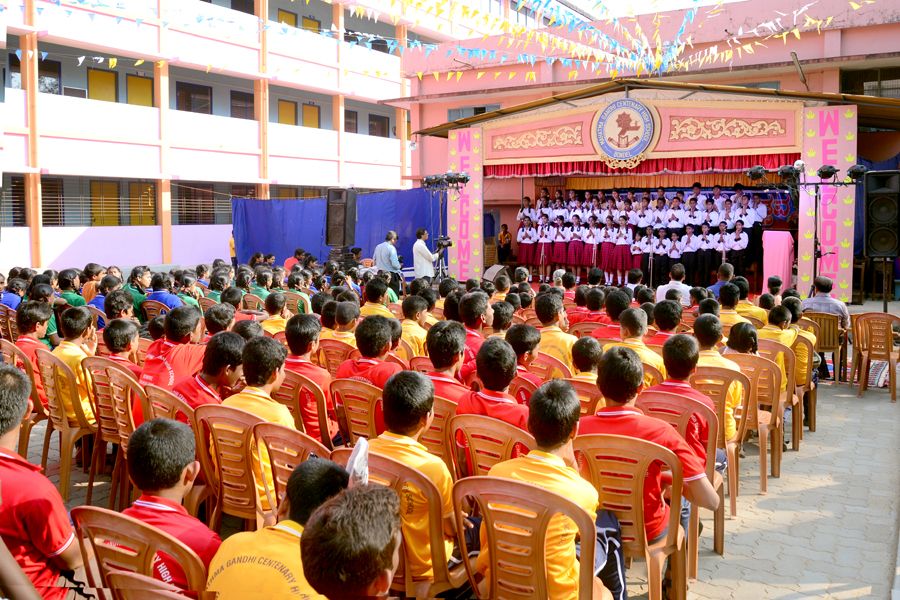