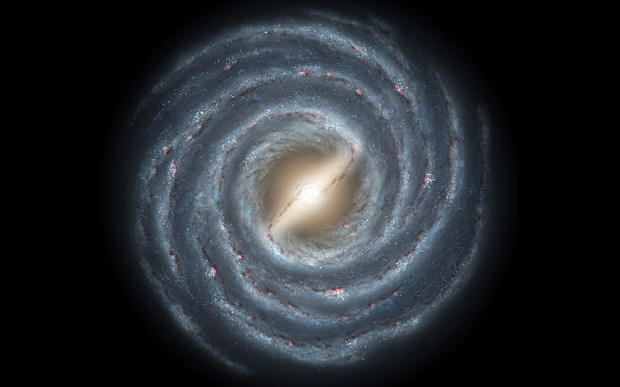 The theory of the Big Bang is compatible with the Catholic Church’s teaching on creation and belief in both is possible, Pope Francis has said.

The Pope insisted that God was responsible for the Big Bang, from which all life then evolved.

The Big Bang – the theory that the universe was born in a cosmic explosion about 13.7 billion years ago and has expanded and evolved since – “doesn’t contradict the intervention of a divine Creator, but demands it,” the Pope said.

The beginning of the world was not “the work of chaos” but part of a divine plan by the Creator, he said.

The Jesuit Pope made the remarks during an address to a meeting of the Pontifical Academy of Sciences, which gathered at the Vatican to discuss “Evolving Concepts of Nature”.

“Evolution in nature is not inconsistent with the notion of creation, because evolution requires the creation of beings that evolve,” he told the meeting.

God should not be regarded as some sort of “magician”, waving a magic wand, he said.

“When we read about creation in Genesis, we run the risk of imagining God was a magician, with a magic wand able to do everything. But that is not so,” he said.

“He created human beings and let them develop according to the internal laws that He gave to each one so they would reach fulfilment.”

The Pope’s remarks were in line with Catholic Church teaching of the last few decades.

As far back as 1950, Pope Pius XII said that there was no intrinsic conflict between Catholic doctrine and the theory of evolution, provided that Catholics believed that the human soul was created by God and not the result of random evolutionary forces.

That stance was affirmed in 1996 by Pope John Paul II.

“The Pope’s declaration is significant,” said Giovanni Bignami, the president of Italy’s National Institute for Astrophysics.

“We are the descendants of the Big Bang, which created the universe. You just have to think that in our blood we have a few litres of hydrogen, which was created by the Big Bang 13.7 billion years ago.

“Our blood is red because it contains iron, which was created by the explosion of a star millions and millions of years ago. Out of creation came evolution.”